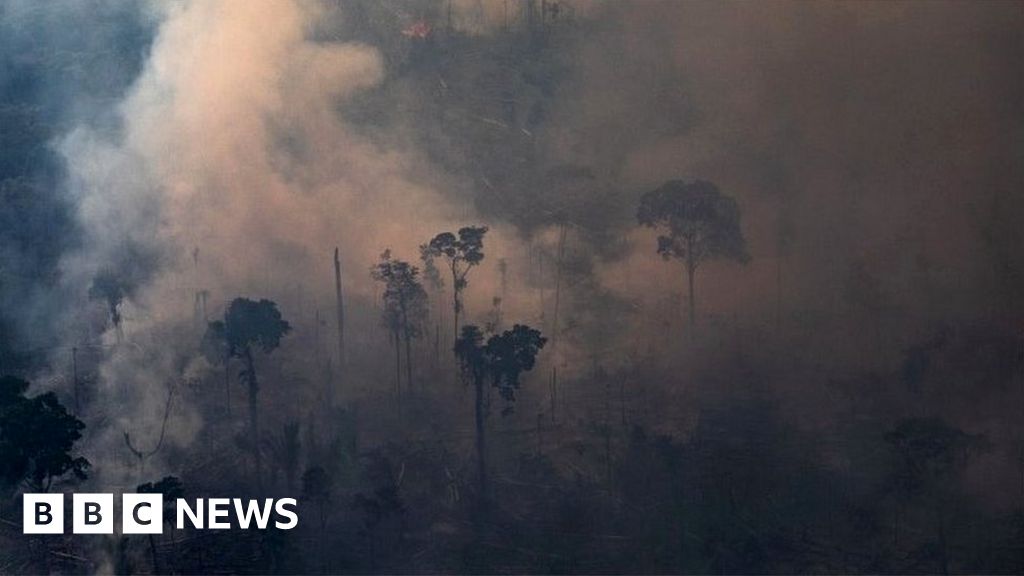 Smoke from burning forests in the Amazon can intensify glacier melt, researchers say, fuelling concern about a water crisis in South America.

The team found evidence that snow and ice was being “darkened”, accelerating the melt rate, threatening supplies.

Melting tropical glaciers provide water for millions of people in the region.

Scientists modelled the movement and effect of smoke particles from fires on Andean glaciers, and checked their conclusions against satellite images.

And they say the impact will be felt across the continent.

“They have social implications at the continental scale, [because] accelerating the loss of glaciers increases the risk of a water crisis and the vulnerability of several Andean communities in response to climate change.”

How can fires in the rainforest affect glaciers hundreds of miles away?

The first thing the study, published in Scientific Reports, set out to do was show that smoke plumes from forest fires in the Amazon could actually reach glaciers in the Andes mountains.

The study, led by Dr de Magalhães Neto, focused the research on two years – 2007 and 2010 – when many more fires than usual burned in the Amazon rainforest.

Atmospheric data showed that smoke from those fires – particularly particles of black carbon – were carried on wind and deposited on mountain glaciers.

The study focused on one specific glacier – Zongo Glacier in Bolivia.

Dr de Magalhães Neto said: “Once deposited on the glacier, the [black carbon darkens] the snow/ice surface, which reduces its ability to reflect solar radiation – or sunlight.”

That darkened surface then absorbs more of the sun’s energy, which amplifies melting.

While the findings were significant, the researchers said they did not come as a huge surprise: the same process has been seen elsewhere in the world.

“Greenland receives large amounts of black carbon from fossil-fuel origin due to North America and European industrialisation,” said Dr de Magalhães Neto. “And black carbon from the burning of fossil fuels and biomass throughout the northern hemisphere has accelerated glacier melting in the Arctic.”

What could the impact of this be?

In the tropical Andes, communities across the continent rely on melting glaciers for their water supply, which means the impact will be felt over an enormous area.

Dr Ryan Wilson, from the University of Huddersfield, has studied the impact of climate change on glaciers in the Andes for five years. He said the study demonstrated the long-distance impacts of Amazon fires.

“This raises awareness of an additional factor that may [have an] impact [on] glacier melting in the tropical Andes,” he said.

But he added: “[Since] this study only looks at one glacier, further investigations are needed to understand the impact at a regional scale.”