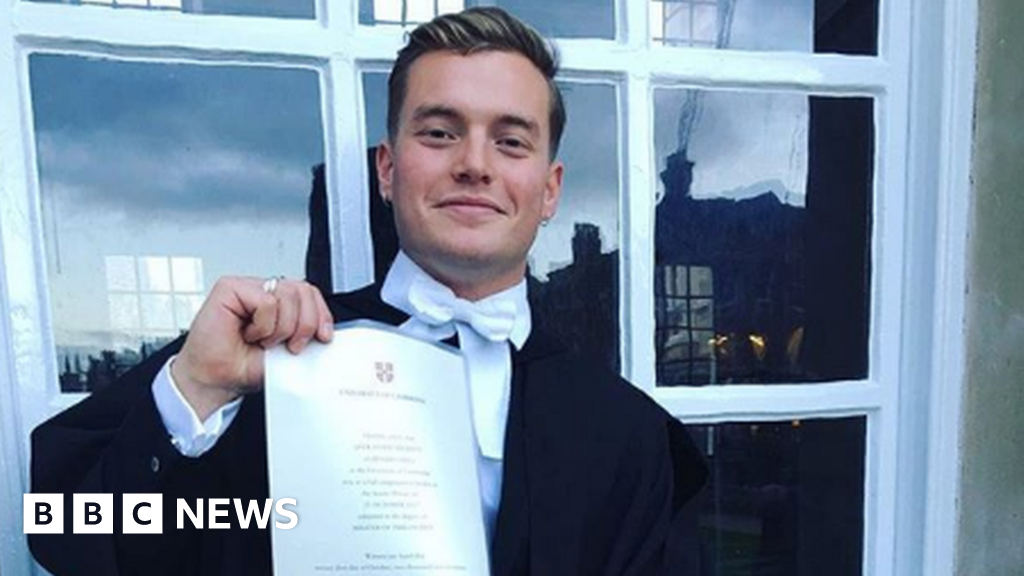 One of the people stabbed to death in Friday’s attack at London Bridge has been named as University of Cambridge graduate Jack Merritt.

He was one of two people killed when 28-year-old Usman Khan launched the attack at a Cambridge University conference on prisoner rehabilitation.

Khan, who had been jailed over a terror plot, was shot dead by police after members of the public restrained him.

Mr Merritt was described by his father on Twitter as a “beautiful spirit”.

A woman who died in the attack – declared by officers as a terrorist incident – has not yet been named. Three others were injured.

Mr Merritt was a course coordinator for Learning Together, a prisoners’ rehabilitation programme that was hosting the conference at Fishmongers’ Hall at the north end of London Bridge.

Khan had been one of dozens of people – including students and offenders – at the event.

The Metropolitan Police said the attack is believed to have started inside Fishmongers Hall at 13:58 GMT on Friday, before continuing onto London Bridge itself, where Khan was shot by armed officers.

Khan was known to the authorities, having been convicted of a terrorism offence in 2012. He was released from prison on licence in December 2018, Met Police Assistant Commissioner Neil Basu said.

Mr Merritt’s father, David, said on Twitter that he was a “a beautiful spirit who always took the side of the underdog”.

“Jack spoke so highly of all the people he worked with & he loved his job,” he added.

Audrey Ludwig, who knew Mr Merritt through work, said his “deep commitment to prisoner education and rehabilitation was deeply impressive”.

“I send condolences to his family, colleagues and the prisoners’ group,” she added.

Police are carrying out a search, believed to be linked to Khan, at flats in Stafford, close to the town centre.

Shock and disbelief at search site

There is a general feeling of shock and disbelief here in Stafford, where a top floor flat is being searched.

Blue screens and forensic tents are outside the front of the semi-detached property within a 50m police cordon.

I’ve seen evidence bags being taken out of the house and the garden also appears to be part of the search.

The property is believed to be privately-owned and used, in part, as a halfway house. Local residents have told me it has a high turnover of tenants and Khan had been living there for about six months.

The Met Police is urging anyone with information – particularly anyone who was at Fishmongers’ Hall – to contact them.

Members of the public were widely praised for intervening to tackle Khan to the ground before police arrived on the scene.

One man pictured in many newspapers as he removed a knife from the scene was a British Transport Police officer in plainclothes.

“He, as well as other members of the public, should be extremely proud of what they did to stop this man on London Bridge,” he added.

One witness described how a man at the event at Fishmongers’ Hall grabbed a narwhal tusk – a long white horn that protrudes from the whale – that was on the wall, and went outside to confront the attacker.

Another person let off a fire extinguisher in the face of the attacker to try to keep him at bay.

On a visit to the attack site the prime minister said the practice of cutting jail sentences in half and letting violent offenders out early “simply isn’t working”.

Mr Johnson vowed to “toughen up sentences”, while Labour’s Jeremy Corbyn said there were questions to be answered.

But Mr Merritt’s father said on Twitter: “My son, Jack, who was killed in this attack, would not wish his death to be used as the pretext for more draconian sentences or for detaining people unnecessarily.”

Political parties cancelled some events on Saturday, which had been planned ahead of the general election on 12 December.

Flags on UK government buildings were flown at half-mast on Saturday as a mark of respect to all those affected by the attack.

The Queen said in a statement: “Prince Philip and I have been saddened to hear of the terror attacks at London Bridge.

“We send our thoughts, prayers and deepest sympathies to all those who have lost loved ones and who have been affected by yesterday’s terrible violence.”

The latest attack comes after the UK’s terrorism threat level was downgraded on 4 November from “severe” to “substantial”, meaning that attacks were thought to be “likely” rather than “highly likely”.

The terror threat level is reviewed every six months by the Joint Terrorism Analysis Centre, which makes recommendations independent of government.