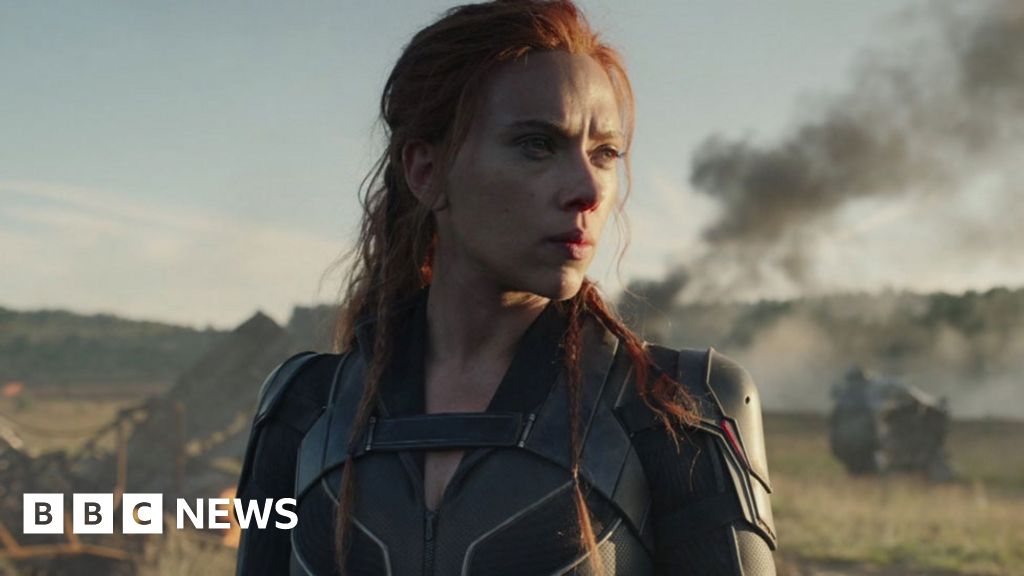 The first trailer for the new Black Widow movie has dropped, ahead of the film’s release in 2020.

The character first appeared in 2010’s Iron Man 2, and has since then been a significant figure in the Marvel cinematic universe.

The new film, starring Scarlett Johansson, isn’t an origin story, but it does come before the events of the last two Avengers movies, Infinity War and Endgame.

It may not be out until May, but while we wait here’s seven talking points from Tuesday’s new trailer.

The opening shot of the Hungarian capital Budapest teases that we’ll finally uncover more about an event briefly mentioned in the first Avengers movie back in 2012.

In that film, during the intensity of the battle of New York, Natasha Romanoff aka Black Widow – firing off gun shots – casually says to Hawkeye: “Just like Budapest, all over again.”

Hawkeye responds: “You and I remember Budapest very differently!”

It’s a reference that has intrigued and excited fans ever since. But there is a complicating factor. This movie is set after, not before The Avengers. It actually follows the events of Captain America: Civil War. So is Budapest here a flashback, or is Black Widow revisiting it after traumatic events in the past?

A male voice says to Black Widow: “Heard you had to leave in a hurry… so what are you going to do?”

It’s highly likely that this belongs to a younger version of Thaddeus Ross – the figure who ended up in charge of the programme that led to Bruce Banner accidentally becoming the Hulk. And who later is Secretary of State during the events of Captain America: Civil War.

In Black Widow, it seems likely we’re seeing him at an earlier point in his career, possibly recruiting one time KGB killer Black Widow to special law enforcement agency, SHIELD.

In the comic-books, Yelena, like Natasha, is a product of the Black Widow programme which trains young women to become spies and assassins.

Natasha refers to Yelena as ‘sis’. They might be blood relatives, but perhaps more likely is that they feel like family because they’ve both come through the home of the Black Widow programme – the Red Room.

4) Inside the Red Room

Speaking of the Red Room…

We get a brief glimpse of part of the training facility, as more than a dozen gun-wielding women in Black Widow style outfits practice carefully choreographed and deadly-looking moves.

5) Who is The Taskmaster?

A car chase through a city is the introduction for who at this stage appears to be the film’s main villain – Taskmaster.

In the comic books, one of Taskmaster’s powerful abilities is the character’s photographic reflexes, which makes them able to replicate the skills of anyone they observe (imagine that for a second).

Like Hawkeye, the character uses a bow and arrow as one of their weapons, so Taskmaster may have encountered him at some point.

Fans have been speculating on who might be behind Taskmaster’s mask. One theory is that in such a female-centred movie, it would be appropriate for the villain to be a woman.

Rachel Weisz’s Melina, widely assumed to be Melina Vostokoff, is another graduate of the Black Widow programme – who in the Marvel comics goes on to become the deadly super villain, Iron Maiden.

Here, she may be an early mentor figure for Black Widow.

He dons a costume, stating with satisfaction that it “still fits” despite having put on weight over the years. The strong implication is that Shostakov has returned to become the Red Guardian – Russia’s answer to Captain America – after some considerable time.

At the table he proclaims: “Family, back together again!” In the Marvel comics, Shostakov is at one point married to Natasha before she becomes Black Widow, although this storyline looks unlikely to be reflected in this movie.