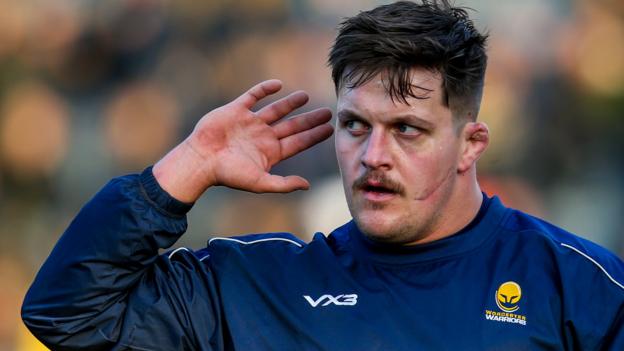 The 28-year-old South Africa-born prop, who has been knocking on England’s door for the last two years, is back to full fitness after missing the start of this season with a medial ligament injury.

“I am really happy a lot of the other guys are re-signing too,” he said.

“This is the first time since I’ve been here that a lot of established players are staying. It shows where we’re at.”

Alan Solomons’ side are currently fourth in the Premiership, having won three of their first five games – the Warriors’ best start to a season in the top flight since first being promoted in 2004.

And Schonert, whose current deal was due to expire at the end of the current season, has opted to follow the lead of England flanker Ted Hill, lock Andrew Kitchener and South African centre Francois Venter in signing a new deal.

“Trust can be a hard thing to find in sport especially when it comes to coaches and players,” the tight-head added. “But I have full trust in Solly and I have signed for that reason.

“I have been here for six years and I owe a lot to the club. They have made me into the player I am but I don’t think that over that period we have given the fans what they deserve.

“I would like to look back in 30 years and say that I practised what I preach and that I helped to give the fans a top six club.

“My parents have just moved over to Worcester too. There are a lot of good reasons to stay.”

Schonert has made 104 Warriors appearances, scoring three tries, since first signing from South African side Cheetahs in 2014.

He was called up by Eddie Jones to play for an England XV at Twickenham in May 2018 against the Barbarians.

And he was part of Jones’ training squad both for the 2018 Autumn Internationals and in the initial group for the Rugby World Cup.