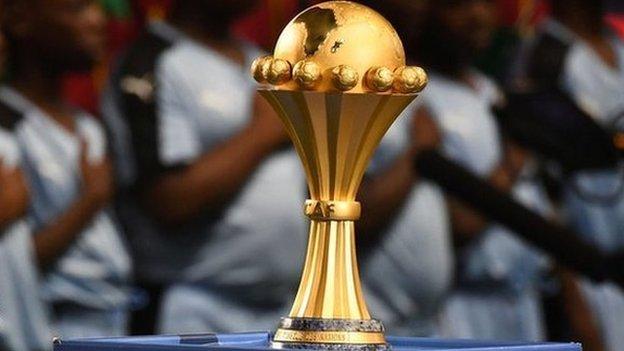 The Gambia and Chad both needed penalties to reach the group phase of qualifying for the 2021 Africa Cup of Nations as South Sudan and Sao Tome e Principe secured their places with aggregate victories.

The Gambia hosted Djibouti at the Independence Stadium in Bakau, just outside the capital, with the preliminary round tie level at 1-1 from the first leg.

The second leg also finished 1-1 leaving the tie at 2-2 overall.

It went to a penalty shoot-out with the home fans willing on their team as The Gambia won 3-2 on spot-kicks to progress to Group D of qualifying where they will meet the Democratic Republic of Congo, Gabon and Angola.

Chad also went through via penalties after they won the home leg of their tie against Liberia 1-0 to make it 1-1 on aggregate.

Liberia’s captain Sam Johnson was sent off shortly after the break for a second booking with Chad then capitalising to score the only goal of the second leg.

In the subsequent shoot-out, Chad just edged Liberia 5-4 to make it through to Group A of qualifying where they will face Mali, Guinea and Namibia.

South Sudan, who won the first leg of their tie against Seychelles 2-1, followed it up with a 1-0 victory away from home to go through 3-1 on aggregate.

South Sudan will play in Group B of qualifying with Burkina Faso, Uganda and Malawi.

Sao Tome e Principe followed up their famous 3-1 first-leg victory away to Mauritius with a 2-1 victory in their home leg on Sunday to go through 5-2 overall.

Sao Tome will be in Group C of qualifying for the 2021 Nations Cup alongside Ghana, South Africa and Sudan.

The first two rounds of group matches will be played during the international window in November.