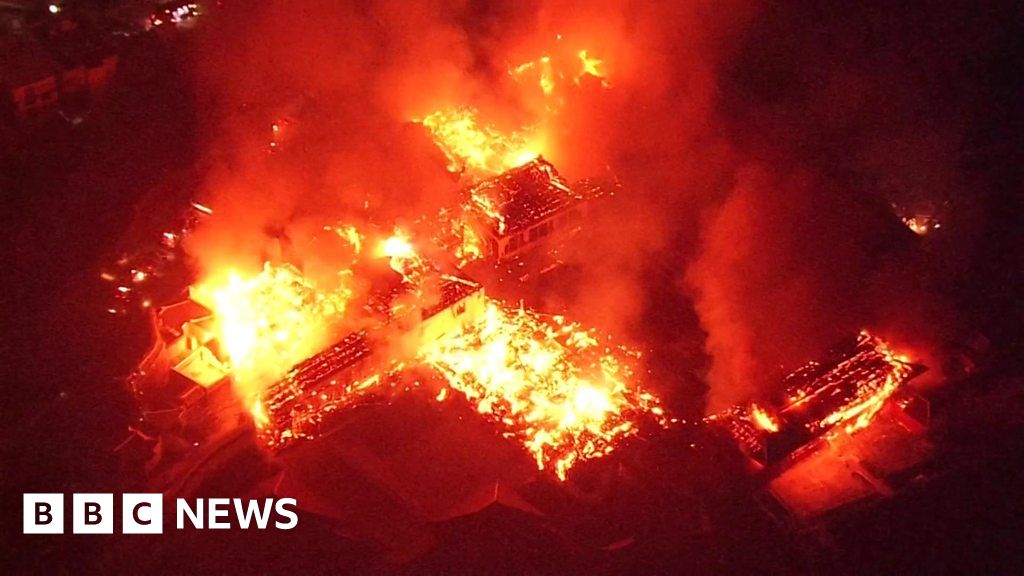 Japanese firefighters are battling a massive fire that has erupted at a historic Japanese castle.

Shuri Castle, which was originally built 500 years ago, is a Unesco World Heritage site and has been designated a national treasure.

The castle was destroyed during World War Two, and its main hall was reconstructed in the decades that followed.

Japanese media say that hall, along with another building, have now been burnt to the ground.