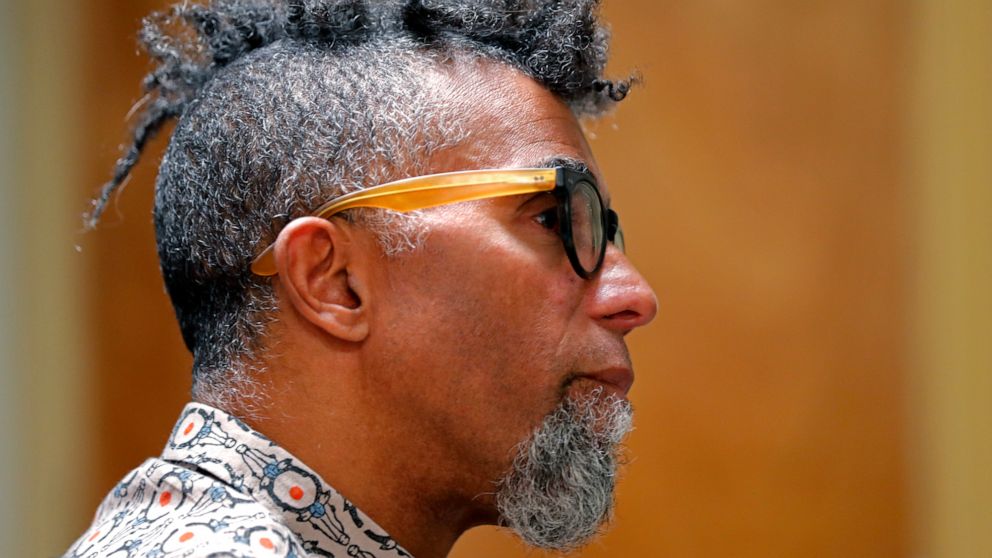 Against the modern backdrop of oil refineries, strip malls and gated communities, hundreds of reenactors will gather Friday in southeastern Louisiana to remember a time when slavery flourished as a blight on America and some enslaved people fought back.

They plan to reenact the largest slave rebellion in American history.

Dressed in period costumes and holding machetes or rifles they will march 26 miles (42 kilometers) over two days from the sugar plantation country along the Mississippi River to the New Orleans suburbs.

“I think it will be an amazing experience,” said artist Dread Scott , who conceived of the project, and whose works address racial injustice and oppression.

“Seeing hundreds of black folk with machetes and muskets and sickles and sabers, flags flying, chanting to traditional African drumming, is going be an amazing moment. And people would be like, ‘What am I looking at? This doesn’t make sense,'” he said. “It will be an area where people can learn a lot and think a lot.”

Reenactments have long been a staple of Civil War heritage in the South, where people don Confederate and Union uniforms and stage mock battles. But this effort seeks to illustrate the struggle over slavery that came to be the heart of that war.

Scott first envisioned it about eight years ago. He’d wanted to stage a slave rebellion reenactment — maybe Nat Turner’s 1831 uprising in Virginia — but then a colleague told him about the uprising in Louisiana.

Slaves across a stretch of plantations organized for months before launching their rebellion on Jan. 8, 1811. Over two days the group grew to an estimated 200 to 500 people, according to Daniel Rasmussen’s book “American Uprising: The Untold Story of America’s Largest Slave Revolt.”

Their goal was to march on New Orleans and establish a free republic. The rebellion was inspired in part by the Haitian revolution but conceived by people born in Louisiana and Africa, said Dr. Ibrahima Seck, the director of research at the Whitney Plantation and a historical advisor to the reenactment.

Most were field hands who toiled in hot, wet and humid conditions that contributed to their 13% yearly death rate, he said. Rasmussen writes that slaves in Louisiana’s sugar plantations faced “more brutal punishments and lives shorter lives” than elsewhere in North America.

Scott said the project sprung from his interest in how people liberate themselves and in slavery’s continuing effects on America today. He was also intrigued to learn about the little-known rebellion’s goals and how close it came to success.

The reenactment comes at a time of heightened racial tension in the United States, following the election of President Donald Trump in 2016. One of the most contentious episodes came in August 2017 when hundreds of white nationalists descended on Charlottesville, Virginia, to protest the planned removal of a Confederate statue. One person was killed when a white nationalist plowed his car into a crowd of counterprotesters.

Bob Snead, who heads the arts group Antenna that’s producing the rebellion reenactment with Scott, said that was a key turning point. Some questioned whether the reenactment should even go on, but Snead said there was also a strong feeling that the project was more important than ever.

Organizers have taken precautions. They’ll have law enforcement and private security, and reenactors are advised not to engage with anyone along the route who might harass them.

The very public nature of the project should help, Scott said. They’ve reached out to area residents and will have lots of community involvement.

Scott emphasizes that the reenactment is a community effort, where months and years of preparation that brought people together are as much a part of the art as the event itself. They’ve held outreach events in the parishes the marchers will traverse. They’ve filed for permits, staged rehearsals and held sewing circles where people have come together to create costumes.

Part of the challenge was that there were few paintings of slaves to refer to, said Allison L. Parker who’s responsible for the costumes. She combed through pictures of runaway slaves and paintings and images of enslaved people in South America and the Caribbean for research.

For many of the African American participants, it’s important to highlight the fact that enslaved people did not accept their fate. They fought back. Julie Joseph has been coming to the sewing circles and will take part in the reenactment. She said black history in America is often overlooked or ignored.

“With this project, it’s highlighting the tenacity and the resilience that the people who were enslaved had to want to break free, to want to create their own republic,” she said. “I think that’s something that’s been really encouraging to me and something that’ll be really encouraging to a lot of other black people to know that I come from fighters.”

Karen Kaia Livers, the community outreach organizer for Antenna, said there’s a popular misconception that slaves in southern Louisiana and New Orleans were happy and that their enslavers were “good people.”

“That’s not the truth. Slavery is still slavery. And owning people and belonging to someone else is not freedom, not what America is all about,” she said.

After a climactic battle between the slaves and planters, the rebellion was crushed. Rasmussen describes how the planters chopped the heads off the slaves’ corpses — about 100 altogether — and displayed them along the road going from New Orleans into the plantation country.

But the reenactment will end with the reenactors gathering in New Orleans’ Congo Square where slaves used to gather on Sundays. Scott said he did not want to end by focusing on the brutality of white people but on the concept of black people trying to create their own republic.

“I’m choosing to focus on a vision of freedom and emancipation,” he said.

More than 200 years after the largest slave rebellion in American history, hundreds of reenactors will retrace their journey through the sugar plantation country of southeastern Louisiana.

The reenactment was conceived by artist Dread Scott . His work focuses on racial injustice and oppression.

The reenactors will dress in period costumes and carry machetes or muskets as they march 26 miles (42 kilometers) on Friday and Saturday from LaPlace to the New Orleans outskirts.

Scott said the project sprung from his interest in concepts of how people liberate themselves. He was also intrigued at learning about the little-known rebellion’s goals and how close it came to success.

The slaves who carried out the rebellion intended to establish a free republic in New Orleans but it was viciously put down.