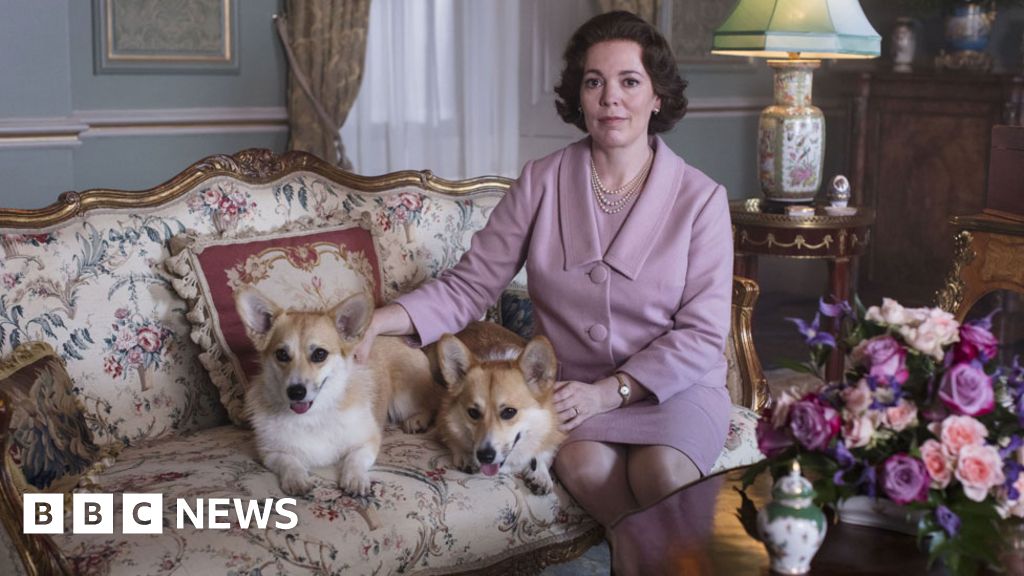 Olivia Colman has admitted becoming “almost obsessed” with the Queen while playing her in Netflix drama The Crown.

“She’s a rock for the nation,” she told BBC Breakfast during a break in filming the show’s forthcoming third season.

“Her training is she has to be stoic and strong,” the actress said. “You never see what she’s thinking, which is eternally fascinating.”

The third season sees Colman take over from Claire Foy, who played Elizabeth in the two that preceded it.

She is joined by Tobias Menzies, who takes on the role of Prince Philip, and Helena Bonham Carter, who plays Princess Margaret, the Queen’s sister.

The new series will be released on the streaming service in its entirety on 17 November.

Breakfast reporter John Maguire caught up with the actors while they were filming scenes at Caernarfon Castle in Wales.

The scenes in question recreate Prince Charles’s investiture as Prince of Wales, which took place on 1 July 1969.

Shooting in places where the events being dramatised really occurred “massively helps”, according to Outlander star Menzies.

“It feeds into trying to step into who these people are and how they think and feel,” said the actor, who takes over from Matt Smith on the award-winning drama.

“The show is as much an investigation of the institution as it is of the people – the pressures, the weird loneliness of it and what happens to a family within those strictures,” he continued.

“Hopefully this breathes life into it and what’s going on inside these people.”

“We get to see the most amazing places and inside the most extraordinary houses,” agreed Colman.

“The public aren’t there so you get to ask the experts ‘What’s that?’ We have a lovely time.”

“They had amazing glamour and beauty, they were incredibly clever and multi-faceted,” she said of Margaret and her husband, the Earl of Snowdon.

“Let’s hope we do them justice.”