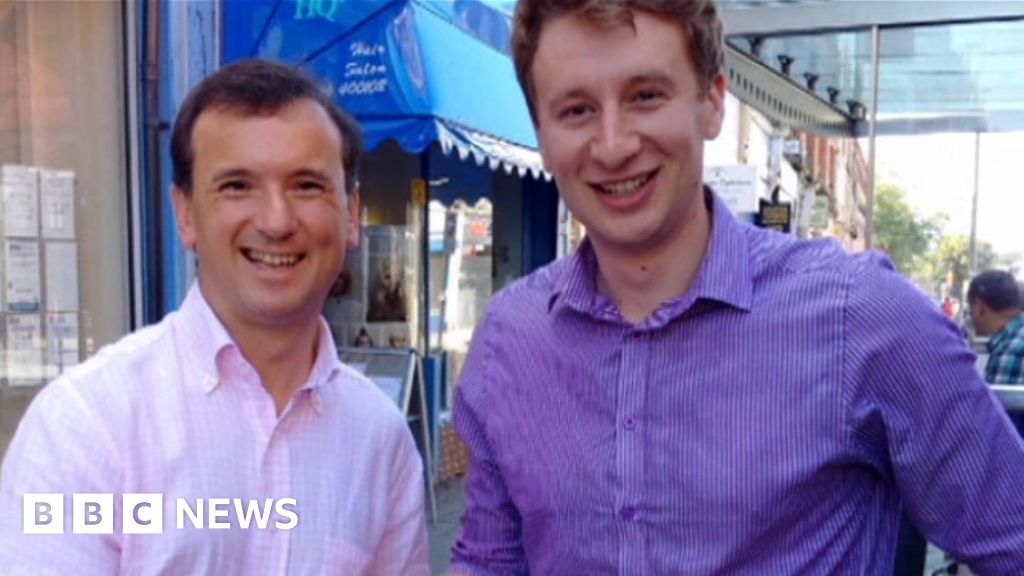 A senior Welsh Conservative says it looks “very difficult” for the Welsh Secretary to lead the party’s election campaign in Wales after his former aide “sabotaged” a rape trial.

Ross England made claims about the victim’s sexual history in an April 2018 trial which led to its collapse.

Welsh Secretary Alun Cairns denied knowing about this, but BBC Wales has seen an email sent to him in August 2018 mentioning the matter.

Ross England said he had given an “honest answer” while giving evidence at the rape trial of his friend James Hackett.

With Prime Minister Boris Johnson set to launch the Conservatives’ UK election campaign later on Wednesday, a senior Welsh Conservative said there was “increasing anger and alarm” among the party’s election candidates about Mr Cairns’ knowledge of the collapsed rape trial.

The source added: “It looks very difficult to see how Alun Cairns can lead the campaign in Wales without fully explaining the circumstances surrounding this case.”

Another source said: “Our three priorities in the national campaign outside of Brexit are law and order, NHS and schools. He is undermining one of those.”

At the trial, Mr England told the court he had had a casual sexual relationship with the complainant – which she denied – despite the judge in the case making it clear that evidence of the sexual history of the victim was inadmissible.

The judge, Stephen John Hopkins QC, said to him: “You have managed single-handed, and I have no doubt it was deliberate on your part, to sabotage this trial… get out of my court.”

James Hackett was subsequently convicted of rape at a retrial.

In December 2018, Mr England, who used to work for Mr Cairns in the Vale of Glamorgan, was selected as the Conservatives’ candidate for the seat at the 2021 Welsh Assembly elections.

Last week, he was suspended as a candidate and as an employee after details of the court case emerged and the party said a “full investigation will be conducted”.

Following the suspension, Welsh Conservative party chairman Lord Davies of Gower said the party only became aware of the “full extent of the proceedings” when Hackett’s appeal process ended in October.

Lord Davies said he could “categorically state” he and Alun Cairns were “completely unaware of the details of the collapse of this trial until they became public this week”.

The Welsh Secretary told BBC Wales in a statement when the story broke that he only became aware of the collapse of the trial “some considerable time afterwards and had no knowledge of the role of Ross England”.

But BBC Wales has seen an email sent on 2 August 2018 to Mr Cairns by Geraint Evans, his special adviser, which said: “I have spoken to Ross and he is confident no action will be taken by the court.”

A spokeswoman for the Welsh Conservatives said: “There is no new information from this leaked document confirming an informal conversation which took place a considerable time after the trial collapsed and is consistent with statements made.

“The full details of this case are still not known and we have taken action in writing to the court. All forthcoming information will be taken into account as the party conducts a thorough investigation,” the statement read.

However, the rape victim has called for the Welsh Secretary to resign.

She said: “If he’d come out and condemned Ross [England] in the first instance, he wouldn’t be in this position.

“I would like an apology from the party and Alun Cairns for selecting him in the first place. I can’t believe that not one senior Welsh Conservative has said that what he did was wrong.”

But speaking on the BBC’s Newsnight programme on Tuesday night, the former Conservative minister and chief of staff to Theresa May, Lord Barwell said it was a “highly sensitive issue and the Welsh Conservatives have launched an investigation”.

He added:  “I don’t know the detail of that and I don’t want to comment further other than to say to you that I know Alun Cairns well and he’s someone I would regard of being of the highest integrity.

“So, I’m surprised to find him caught up in this and I hope that investigation would demonstrate that he hasn’t done anything wrong.”

Plaid Cymru’s parliamentary leader Liz Saville Roberts has written a letter to Boris Johnson calling on him to remove Mr Cairns from his cabinet and as a Conservative candidate.

In the letter, the Dwyfor Meirionydd MP said: “At best Mr Cairns has displayed gross incompetence in judgement showing himself completely unfit for public office.

“It is shocking that even after these details have been released Mr Cairns has chosen not to resign.

“The victim, who is known to be a former Conservative party staff member, has called for Mr Cairns’ resignation.

“If you will not listen to me, please listen to her. Show some leadership on this deeply distressing issue,” she added.

The prime minister has been asked to respond to the letter.