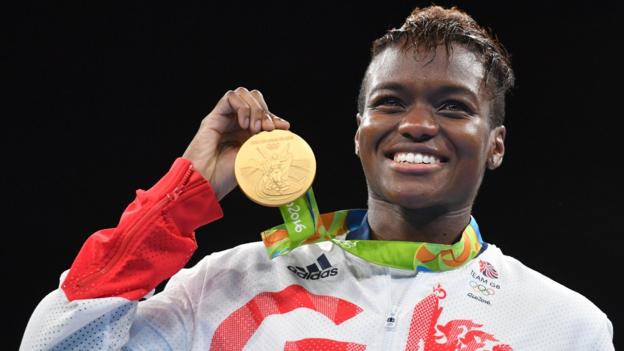 Two-time Olympic champion Nicola Adams has retired from boxing over fears she could lose her sight.

The Briton, 37, became the first female Olympic champion when she won gold at London 2012, retaining her flyweight title at Rio 2016.

She turned professional in 2017 and is the WBO world flyweight champion.

“I’ve been advised that any further impact to my eye would most likely lead to irreparable damage and permanent vision loss,” said Adams.

In an announcement to the Yorkshire Evening Post, she added: “I’m immensely honoured to have represented our country – to win double Olympic gold medals and then the WBO championship belt is a dream come true… But it’s not without taking its toll on my body.”

The Leeds boxer’s last fight was on 28 September when she retained her WBO title following a split-decision draw with Mexico’s Maria Salinas.

She finishes with a professional record of five wins and a draw.

In July, Adams became a world champion for the first time in her professional career when Arely Mucino was unable to defend her title and the Briton, having been the mandatory challenger, was awarded the belt.

Adams won Commonwealth, European and world titles as an amateur and her 2016 gold medal saw her become the first British boxer for 92 years to retain an Olympic title.

She had hinted that she could defend her Olympic title at next year’s Tokyo Games – in July she retweeted a video of the 2020 medal design with the caption: “I wonder how this medal would look on my mantelpiece.”